Georg Wiedenhofer Mag.
Member of EMC and Chairman of AMC and MCÖ at Austria 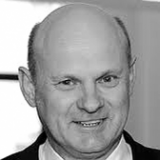 Georg Wiedenhofer Mag. is Professor for Social and Economic Sciences and is Chairman of the Austrian Marketing Association.

Georg followed Academic Studies at the business university Vienna and got a Social and Economic Sciences Master Degree.

He worked from 1984 up to 1990 at Nielsen Austria and was responsible for the retail cooperations. From 1990 up to 2011 he follows his career as an international CMO for bauMax, an international DIY retailer in 9 countries, Austria, Central Eastern Europe and Turkey. And from 2012 up to 2014 Georg was CEO at “Das österreichische Gallup Institut” which is a research company.

Georg has been awarded several times as Marketer of the year in Austria.

As from 2014 till today he is a business consultant (see: www.wiedenhoferconsulting.at) and CEO for AMC Marketing Impuls Austria GmbH.